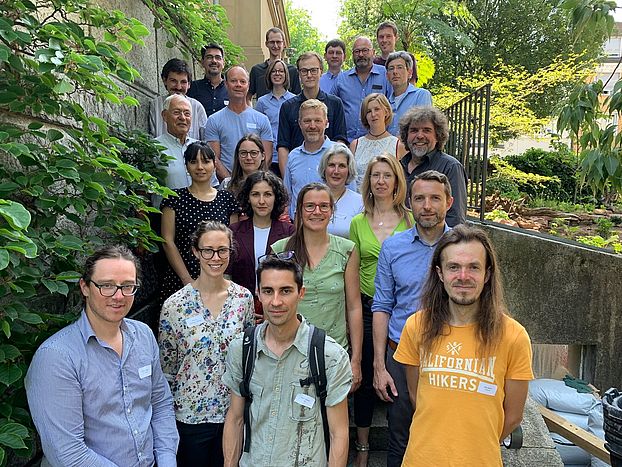 The 2018 heat wave and drought in central Europe was one of the most extreme climatic events in central Europe since instrumental climate records exist. Initiated by the Arbeitskreis Ökosystemforschung of the GfÖ (https://www.gfoe.org/de/node/72) 30 scientists from universities and research institutions from Germany and Switzerland came together at the University of Basel to discuss the impacts of the 2018 events on European forests. The presentations and discussions during the workshop highlighted that 2018 was indeed an extraordinary event that strongly affected various tree species in temperate European forests. First analyses presented in the workshop show that these impacts were probably even more severe than the impacts observed during the 2003 summer drought. A final evaluation of the impact of the 2018 event will, however, take years. This is because the ability of trees to recover from such extreme stress is unclear, and it is well known that trees affected by a drought remain vulnerable to insect and fungal pathogens in the following growing seasons. Such legacy effects of drought induced damage can lead to the mortality of trees and forest decline years, or sometimes even decades, after the initial event. Workshop participants agreed that these effects and the recovery of the forests from the 2018 should now be closely monitored so that the vulnerability of temperate forests to drought events can ultimately be assessed. Workshop participants are preparing a meeting report that will be published in Basic and Applied Ecology later this summer.