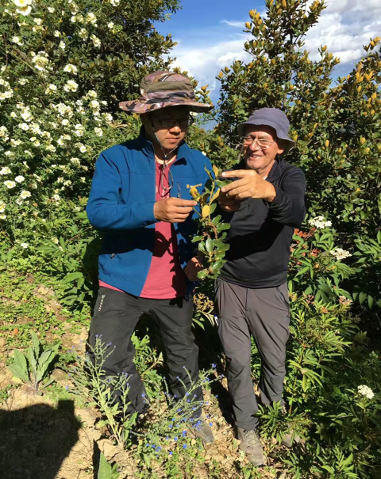 In this study, Song-Wei Wang, Christian Körner, and their co-authors investigated the shoot phenological development and dynamic growth of Quercus pannosa trees at their low drought limit at 2510 m, upper cold limit at 4270 m, and at an optimum site at 3440 m in the semi-arid upper Yangtze valley. Their results showed that flushing started in mid-May at the optimum site, and at the summer solstice and at the cold limit, suggesting a photoperiod control. At the dry limit, oak phenology tracked the (irregular) arrival of the monsoon. Shoots and leaves grew fastest and for the shortest period at the dry limit, and slowest at the cold limit. Leaf maturation was fastest at the dry limit, followed by the cold limit, and slowest at the optimum site, with much longer shoot growth duration per year and bigger leaves. The study shows that the period favorable for growth and maturation was more than halved at both range limits (by frost or drought) compared to the optimum site, pointing at a common range restriction by the duration of the growing season.