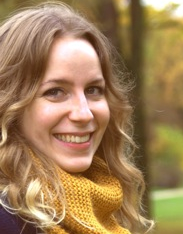 The frequency of extreme weather events, including droughts, is assumed to increase in the near and far future leading to alterations of ecosystem productivity and thus the terrestrial carbon cycle. Although grasslands typically show reduced productivity in response to drought, their effects have been shown to vary quite dramatically. If the drought response of temperate grasslands depends on when a drought event occurs in the growing season was the main question of this study. For the experiment, highly productive grasslands comprised of different grass cultivars were exposed to drought treatments that occurred either in spring, summer or fall in two consecutive years. The drought treatments affected the productivity of the grasslands in this study in all seasons. The investigated grassland cultivars were most resistant to drought in the spring when productivity was highest, while least productive fall growth was most sensitive. We found no prolonged suppression of growth after the end of the drought treatments. In contrast, growth rates after the end of the drought treatments outperformed the growth rates of the grasses in the controls. Despite the strong immediate effects of drought on grassland productivity, the high resilience of the growth rates resulted in relatively small overall seasonal drought-induced reductions in annual aboveground net primary production.